What are you migrating over?

Forums » General Discussion » What are you migrating over? Search Posts
Started by ToastedTruffles
Posted 9 months ago
48 replies
Subscribe
Background Pony #CB8C
I'm migrating over nothing since I've got no roots and my home is never on the ground.

I've got no ROOTS!

And my home is never on the ground

I have only two questions though.

1) It looks like this site is rather new. What was a reason for it's creation?
2) Can I switch it's them to remind me of derpi so I can feel nostalgic about the better days?

Lotus
Site Administrator
@Background Pony #CB8C
It was created because Derpibooru was pondering deleting all images of Aryanne. While they didn’t ultimately delete all of them, this place remains as a corner of the internet where art will not be deleted for political reasons.

Unfortunately at the moment we have a limited selection of themes, including this default theme, and the same dark and red themes as may be found on Derpibooru. Hopefully soon enough we will have more, including maybe Derpibooru’s default.
Posted 7 months ago Report
Link Quote Reply

ToastedTruffles
Early Adopter
For whatever it's worth the default theme looks amazing when it's converted with the DarkReader extension.

Lotus
Site Administrator
@Background Pony #CB8C
Right now, I am covering the cost of all of the servers.


@Background Pony #CB8C
Thanks. We still have a lot of work to do on the site though, so this is hardly the final form.

Are you planning on starting fresh here, or are you thinking of manually copying over your filters and watched tags list from your old account?

Filter: Everything
watched tags: ? I guess I followed a couple artist tags on derpi before idk

I post here because comfy friends used my shitpost for a site thing, and shitpost artists here so far are fun and respond in image comments.
Posted 7 months ago Report
Link Quote Reply

𝚽σ𝜏mares
At some point, I should copy over my watchlist and filters from Derpi to here and the other altboorus. I'm still thinking about which picture I should use for which site.

I feel dirty as shit, but I may cave and make a furbooru account so I can enjoy pokémon pics using an interface that isn't Reddit or e621, but I may simply not do that and remain loyal to the ponies (and, in so doing, not burden myself with yet another site to check).
Posted 7 months ago Report
Link Quote Reply 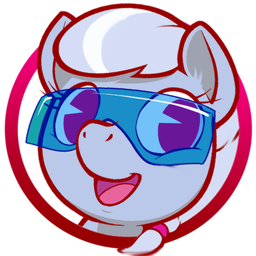 darkdoomer
the mood mostly, feeling like anything you can draw will get you banned or deleted because it breaks their policies or made up rules, and some bullshit. I really hope I'll find again a motivation to be creative here instead of the moralist shithole derpi has become.
Posted 7 months ago Report
Link Quote Reply

Lotus
Site Administrator
@darkdoomer
Getting away from moralizing and editorializing is precisely why I made this site.
Posted 7 months ago Report
Link Quote Reply

Take "doing hurtful things to your waifu" series. I really liked the comic involving Vinyl being beaten by anon. Not because I'm sadistic but rather because it made me feel things, things that you won't feel any other way around. I felt sorry, broken and even depressed a little after reading that comic. And I sincerely believe that this is what this kind of art was after. It is a subliminary plot device to show the cruelty of mankind, make people question the world we live in.

People hate this comic with passion because it pictures cruelty, not because it's drawn poorly or violates the rules of any kind.

This example applies to any kind of art. We tend to forget that art is meant to reflect the reality, its good and bad aspects. But instead we censor what we think is bad (while it only shows what is) and separate ourselves with art we only like.

However, many bad things art shows can influence people's perception and lead to problems. Such as, if someone sees a pony nazi outside the oldfag scope, the fisrt thing they think will be that bronies are incredibly messed up, promote nazism and being proud of that. And what's even worse, real nazis, unbeknownst to this being a satire, will gather around, for example, and invade the fandom.

It's a no win-win situation. However, The least prominent sollution would be empathizing on the aspect that aryanne is not a promotion of any kind, beat this idea out of everyone and filter things out in case people want to live in ideological paradise without a fear of being put to doubt.

darkdoomer
@Lotus
this, trying toi make a place where free speech reigns, that's what artists need as a primary fuel! many communities now woks like Derpi; they are happy to have plenty of artists and act like
«I like this one. I like this one, I don't like this one. Make more like this one. No not like this, this one isn't okay! Why aren't you drawing things like everyone? oh it breaks my heart but you get banned, please take time to draw cute things!»
it's totally manipulation, even if it's not direct like this, they act like the drawings we post on sites we contribute to get to work (undergoing ads and providing content for free) are made for them and no one else.


@Soft Lava
indeed, art isn't always meant to be cute or to please the masses, it's about passing a message, it can be «everything is cute and cuddly» or «fuck you here's a nazi pony engaging in torture»

Posted 7 months ago Report
Link Quote Reply
Background Pony #3816
>it's totally manipulation, even if it's not direct like this, they act like the drawings we post on sites we contribute to get to work (undergoing ads and providing content for free) are made for them and no one else.
I've seen this type of behavior but is it really to the level you describe? Often I see those users in the minority even except for extreme controversial stuff like White Kitten and you don't see that stopping him.
Posted 7 months ago Report
Link Quote Reply

الصداقة حرام
Oh, I forgot to mention. As for me, I'm looking neutral to this whole nazi pony situation. The only thing that upsets me greatly is that today noone wished Lotus good morning.
Posted 7 months ago Report
Edited 7 months ago
Link Quote Reply 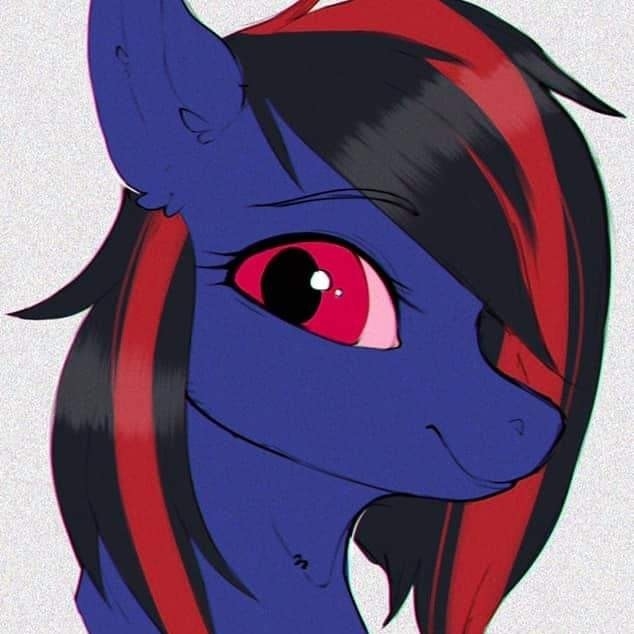